Allen Chi encourages individuals of all ages and skill levels to learn how to play chess online with Chesscademy! 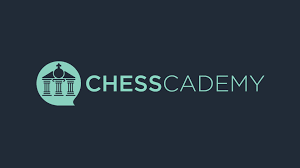 Playing chess is an excellent way to exercise your mind.  Whether you’re young or old, chess can keep your brain active and healthy.  Learning how to play the game can prove extremely beneficial for your cognitive abilities and mental strength.  But where do you turn if you’ve never played chess before but wish to learn (without worry or stress)? Chesscademy has you covered!

Chesscademy is an online resource for learning how to play chess.  Upon entering the site, Chesscademy will first assess your ability level by asking you “Are you new to chess?”

If you select “yes,” you will be redirected to the beginner’s path.  This particular path begins with a video. The video, appropriately titled “Getting Started,” walks viewers through the basics of the website.  Essentially, Chesscademy offers a variety of lesson plans called “paths.” Each path consists of a list of tasks, which include interactive practice games, videos, reading material, and more. Users check off each task as it is completed, giving even the least experienced beginner a feeling of accomplishment as they take on the endeavor of learning this challenging — and fun! — game.  The beginner’s path starts with the fundamental basics of chess.

If you select “no,” you will be redirected to a quick game against Chesscademy’s all-knowing computer.  The result of your match will tailor a learning plan/path appropriate for your skill level. Like the beginner option, this path will offer a variety of games, videos, reading material, and more in order to up your game.  Although Chesscademy was initially created to benefit the novice players and newcomers of the game, it has since developed into a worthy resource for helping self-proclaimed experts polish their skills.

Whether you’ve never played a game of chess before, or you’ve defeated hundreds of opponents, Chesscademy is an excellent resource for fine-tuning your approach to chess! As an avid chess player and gaming enthusiast, Allen Chi recommends this site to all!

Watching other people play chess is a great way to learn the ropes in real time.  By watching live streams, audience members will have the chance to engage with both streamer and fellow viewers.  This opportunity for engagement can be valuable to new players, as they will have the opportunity to ask questions while the match takes place — without interrupting the actual game play!  Allen Chi recommends watching live streams of chess matches on platforms like ChessTV and Twitch.

ChessTV is — you guessed it — Chess.com’s livestream platform that features all chess, all the time!  Offering up quite the unique variety, ChessTV hosts training sessions, player vs. computer matches, live competitions and a plethora of lessons featuring specific moves, styles of play and so much more!  What’s great about ChessTV is that viewers have the ability to search through a full schedule of upcoming matches, streams, sessions and more, so you can find just what you’re looking for — and know when the stream is set to go live!  Allen Chi recommends this to players who are interested in learning more about chess in a way that can be worked around their personal and professional schedules.

A year ago, chess streams certainly were ‘a thing’ on Twitch.  Since the release of The Queen’s Gambit, chess has risen in popularity.  Unsurprisingly, this rise in popularity includes an overall increase in the number of chess-centric streams on Twitch!  To run through the numbers, the viewership of chess on Twitch last January averaged around 3,298 concurrent viewers across 24 individual channels on Twitch.  The peak was felt at 29,820 — which was certainly still impressive!  But since Queen’s Gambit gripped Netflix viewers and converted many into novice chess players, that viewership has just about skyrocketed!

As more and more people seek out ways to play chess, turning to Twitch has been next to natural.  Now, over 130 channels stream chess with a peak viewership of over 160,000!  Needless to say, there are plenty of streams to satisfy those chess learning cravings — or to simply enjoy the energy of a fiercely competitive match.