For Allen Chi chess played a major role throughout his childhood allowing him to develop important life and career skills.

Growing up Allen always enjoyed a good board game. He was particularly drawn to checkers at a young age and eventually learned and mastered the game of chess. While playing against friends and family members he soon realized how big of an impact the game had on his life through the social aspect as well as the way it challenged his mind. He decided to get a group together to start a chess club at his high school and his passion for the game continued to grow from there. 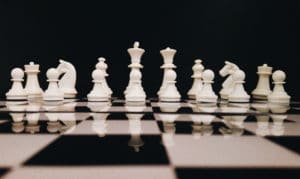 Years later, after seeing the success of his high school chess club, Allen Chi decided to look for more ways to spread awareness and appreciation for the game, especially to young kids and students. In these efforts he found multiple chess charities and non profit organizations bringing good to the world through a simple and fun strategy game. Some of his favorite organizations he has supported over the years include:

All of these charities and organizations provide great ways to get involved in the community, expand your mental skills and chess game, and simply have fun! Be sure to connect with Allen Chi to find out about upcoming chess related events in your area.